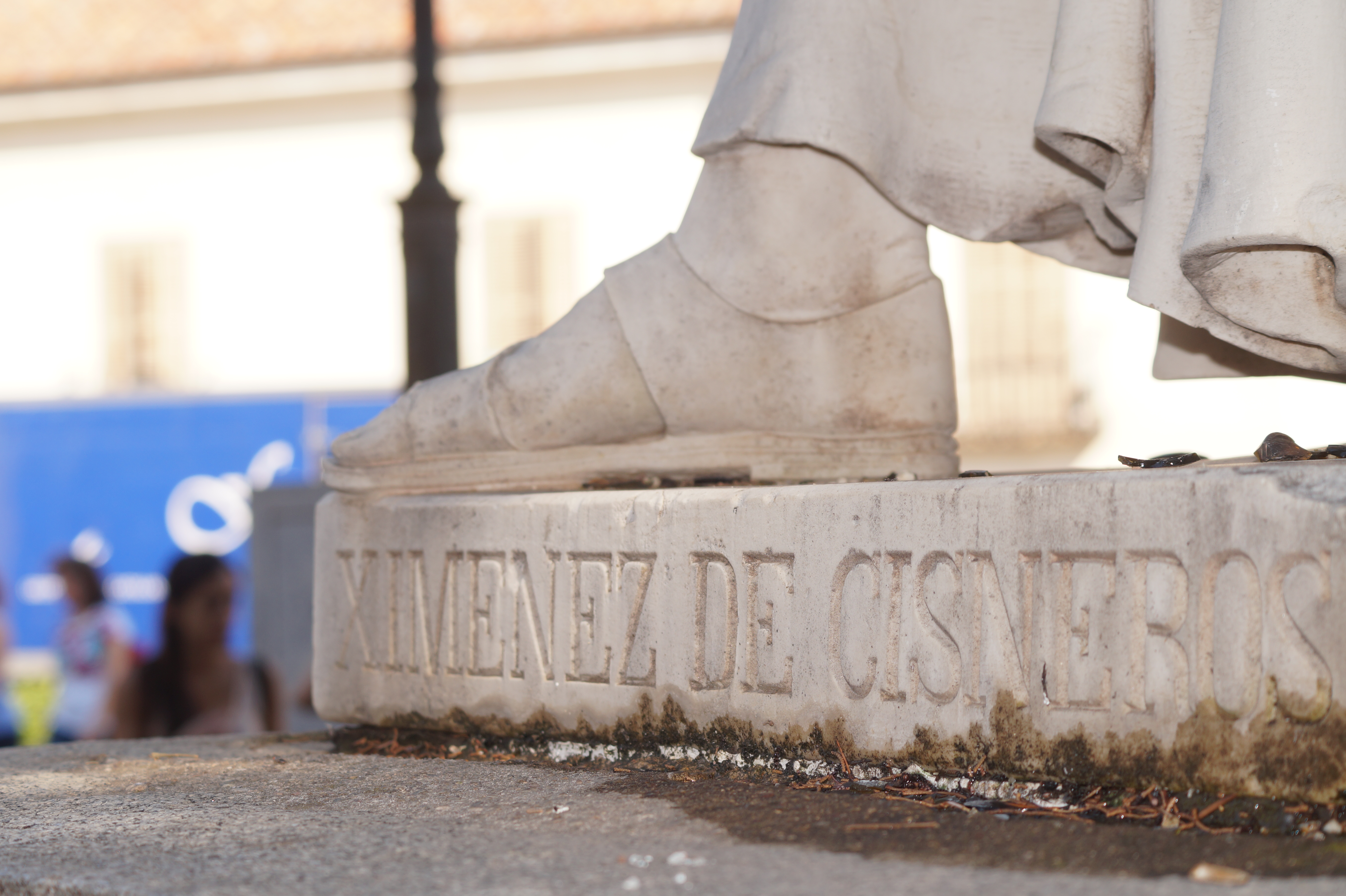 Although there had been a Studium Generale approved by King Sancho IV in Alcalá since 1293, the University of Alcalá was founded in 1499 as a completely new educational project by Cardinal Cisneros, the Regent of Spain. It combined the best models of the traditions of that era - Paris and Salamanca - with other more innovative models such as the universities of Bologna and Louvain. Cardinal Cisneros wanted this University, which was born at the same time as the modern age as the Spanish vanguard of the Renaissance and humanist thought in Europe, to be the crucible for the training of the regular and secular clergy able to undertake ecclesiastical reform, as well as of the new competent government officials that the kingdoms of Spain required. The success of this undertaking made Alcalá into the seat of a university aristocracy that made Spain's Golden Age possible.

In the sixteenth and seventeenth centuries, the University of Alcalá became the major centre of academic excellence: great masters such as Nebrija, Tomás de Villanueva, Ginés de Sepúlveda, Ignacio de Loyola, Domingo de Soto, Ambrosio de Morales, Arias Montano, Juan de Mariana, Francisco Valles de Covarrubias, Juan de la Cruz, Lope de Vega and Quevedo taught and studied in its classrooms. The prestige of its courses and of its teachers, and its founding constitutions, provided the model for the establishment of the new universities in America.

The eighteenth century, and its latter years in particular, was an especially critical period for university studies in Spain, as they underwent far-reaching reforms in their teaching methods. However, it was during this period when Melchor de Jovellanos arrived at our University and conferred the Doctorate of Philosophy on the first woman to receive it in Spain - María Isidra de Guzmán y de la Cerda.

After the University was moved to Madrid in the mid-nineteenth century as a result of the expropriation of Church lands, the ambition to restore the University of Alcalá was kept alive by the Condueños Society. The spirit of Alcalá's residents, the prestige of its past, the recovery of its historical memory and the fresh impetus that education received during Spain's transition to democracy in 1977 made it possible for the University of Alcalá to reopen its classrooms. Since then, the collective effort and determination of its administrators have led to the recovery of its intellectual, cultural and architectural heritage. The university's unique model, its historical contribution to literature and science, and the beauty and richness of its buildings led UNESCO to declare the University of Alcalá a World Heritage Site on 2 December 1998.

Today, the University of Alcalá is a medium-sized modern institution, and acknowledged as a model to be imitated in Europe and America. In addition to classical humanistic studies and the social sciences, the University of Alcalá has incorporated the most modern qualifications in all scientific fields, such as Health Sciences and the various engineering sciences spread across its campuses, which with the Science and Technology Park are a decisive factor in its international profile and a boost to business in our region.

Its more than 29,000 students, 1,627 teachers and researchers and 762 administrative and service staff members are engaged in more than 38 official degree courses, and a wide range of postgraduate and continuing education courses. The recognised quality of its studies, the development of important research lines, its international relations, the artistic-historical interest of its iconic buildings, its new and modern facilities and its complete adaptation to the demands of today's labour market place at to the forefront of public universities. 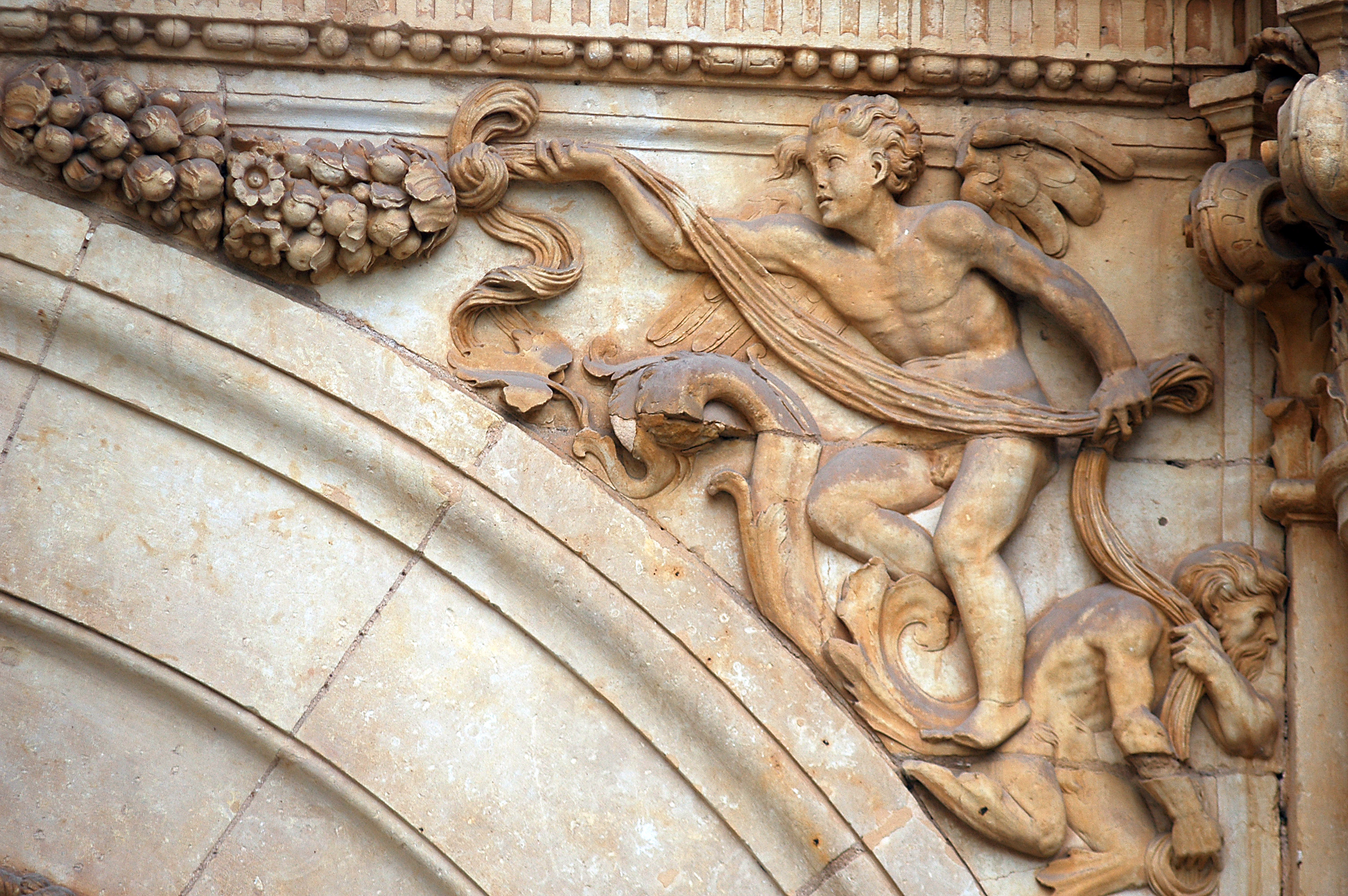 The comprehensive training of students and their personal and professional development through high quality teaching, the creation and transmission of knowledge and the dissemination of science and culture.

To be a leading university in the international context, committed to society, inclusive and open to the world, contributing to the advancement of knowledge and the training of citizens by means of quality teaching, excellence in research and the promotion of ethical and socially responsible attitudes.

PROXIMITY: We are a university based on proximity, which promotes direct and continuous contact between teaching staff and students. We believe that dialogue and interaction between all members of the university community are essential principles to ensure the progress and improvement of the institution and of society in general.

QUALITY, EXCELLENCE AND INNOVATION: Our research aims to be at the forefront of knowledge, exploring new ways to improve people's quality of life. Likewise, our teaching is based on the highest standards of quality, by developing innovative methodologies and students' active participation in the teaching and learning process.

INTERNATIONAL VOCATION: Since its beginnings, the University of Alcalá has been an international university, open to the world, which encourages the recruitment and attraction of talent, and aims to contribute to the development of a global world, in the service of its citizens.

SOCIAL COMMITMENT: We are committed to the progress of society, equal opportunities and sustainability. As a public higher education institution, we believe in the defence of human rights, freedom of thought and conscience and the defence and protection of the environment. We aim to manage our resources efficiently and transparently, and to be accountable to the society we serve.

The University of Alcalá is considered one of the oldest in Europe. It was declared a World Heritage Site by UNESCO in 1998. On its Historic Campus, it is possible to visit its old colleges dating back to the sixteenth and seventeenth centuries, which have today been restored and are the home of its Faculties and Schools, where teaching continues as it did in the past. In the Colegio Mayor de San Ildefonso, which was built on the orders of Cardinal Cisneros and which today houses the President's Office, you can visit its courtyards, the chapel with the tomb of the Cardinal and the Paranymph, where the Miguel de Cervantes Spanish Language Literature Prize, the most important award in Spanish letters, is awarded on 23 April every year.

This building in the Plaza de San Diego also contains the University's Guided Tours Service, staffed by professional guides. With this service, the University of Alcalá is following its philosophy by safeguarding and conveying its heritage, history and culture, which has consolidated the institution and its professionals as a benchmark.

The University of Alcalá's Guided Tours Service has been awarded the ISO-9001:2008 and the Tourist Quality Commitment certificate, and it gives its members ongoing training in order to update and improve their tourism knowledge and skills.

The Communication, Information and Promotion Service organises Open Days for Secondary Schools between December and April. This programme is designed for students to see the various faculties and schools in situ, and to find out about the academic range of courses, career opportunities, etc.

Some of the greatest names in Spanish culture have passed through the University of Alcalá's classrooms, including Lope de Vega, Francisco de Quevedo, Tirso de Molina and Antonio de Nebrija.

The University of Alcalá, World Heritage Site by UNESCO